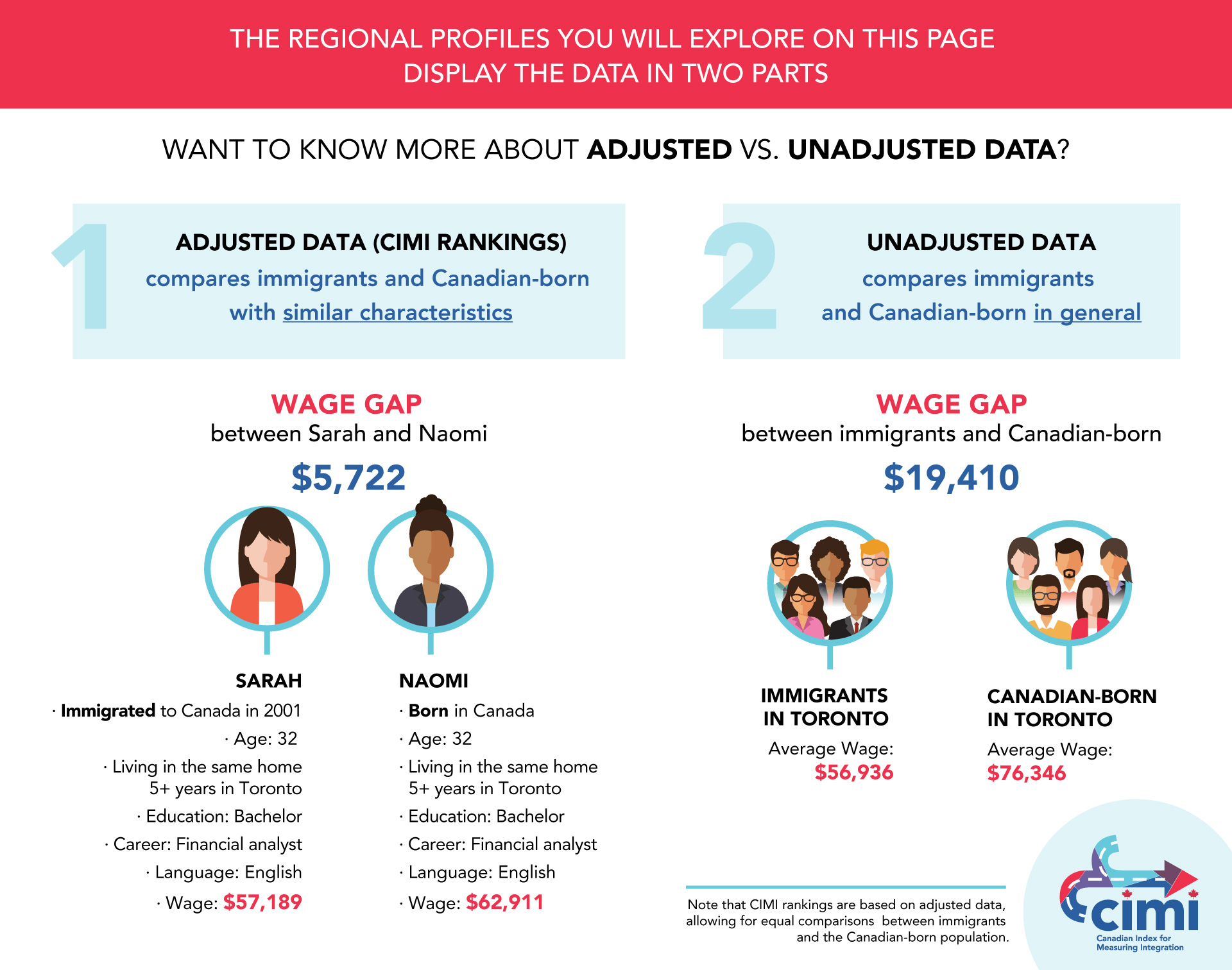 Select from the drop-down menu below to see all the details of how Canada, the 10 provinces and 35 cities/ CMAs perform at various points in time. National level data includes the entire Canadian population. However, the Northwest Territories, Nunavut, and Yukon and certain cities were excluded from lower levels of analysis given small sample sizes.

Below you will find 1) CIMI Ranking/ Adjusted Data and 2) Unadjusted Data.

Civic And Democratic Dimension for  Canada

Data is unavailable in this time period

Welcome to the Canadian Index for Measuring Integration website.

To help make your experience better, we would love to hear from you. Would you like to fill out a short feedback form at the end of your visit?